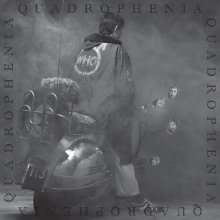 Sometime last fall, as I crunched through a myriad of freshly fallen leaves, I heard a high pitched squeal in the distance. As I turned my head, about a half dozen vintage Vespa scooters, flew past me. In the blur, I vaguely processed brilliant chrome, a magnificent union jack skull cap and, as the new age Mods faded in the distance, a green military jacket with a sizeable “Who” patch on the back. As I continued my stroll, I immediately thought of The Who’s 1973 classic record Quadrophenia.

I like to think of myself as a veteran concertgoer in Vancouver. I've been to most of the major venues around town; the Commodore, Orpheum, Vogue, even Venue when that was a go-to place for mid-level acts. Hell, I've spent significant time in most of the dive-ier venues in this city, many of which don't even exist anymore.

However, despite my self-importance (or maybe because of it), I had never been to The Imperial. 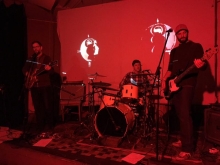 It took me a while to find the venue, but I immediately knew I was at the right place after seeing bright, red lights coming through a doorway – which is completely fitting for Red Gate. It’s a large space that has graffiti and stickers all over the walls, and comfy couches which make it a nice space for people to mingle and relax in between acts. The red lights, alongside the alternative backdrop, set the stage for a very laid-back, chill night.

Hollow Twin’s EP release show on Friday, January 26 at the Biltmore Cabaret was a blast. It felt like a gathering of close friends, complete with words of support, hugs, lively conversations, and sense of an overall relaxing atmosphere.
Author:
Erika Assabayeva

As irrelevant as it may seem, the first thing that struck me when Teenage Fanclub took the stage was their age. They looked like a band made up of your friends' dads. Not that it matters, but certainly most of the working bands, especially those frequenting smaller venues like The Rickshaw are made up of young people.

I Come from the Mountain
What you will hear:
New music submissions.