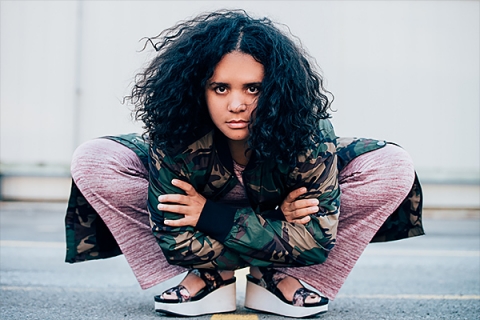 An interview with Lido Pimienta by Aaron Maiden, originally aired in an episode of The Rebel Beat podcast.

Lido Pimienta is a queer Indigenous afro-Colombian musician who lives in Toronto, and won the Polaris Prize for best Canadian album this year. She sounds off on intersectional feminism, motherhood, and her advice for women in the music industry.

Thanks to Aaron Lakoff and The Rebel Beat - you can find episode 80, where this conversation originally aired, and 79 other episodes of the podcast highlighting radical political music across different genres, and across different continents, at www.therebelbeat.com

The Arts Edge
What you will hear:
Local Arts

Local arts and culture interviews with people from fringe communities.