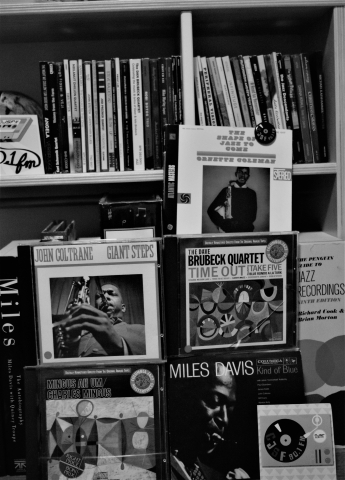 This year is the 60th anniversary of the release of five of the greatest and most influential albums in the history of American jazz. 1959 is considered by many observers to have been the greatest year in the history of jazz music.  Like any topic of discussion, it's debatable, but consider this.  The following five albums, recorded or released in 1959 have shaped in deep and profound ways not just the future of jazz but music in general..  They are Miles Davis, 'Kind of Blue', Charles Mingus, 'Mingus Ah Um', Ornette Coleman, 'The Shape of Jazz To Come', Dave Brubeck, 'Time Out', and John Coltrane, 'Giant Steps'.  It's great music and it's timeless!  It's what I play!