March 6th was the first of two preview nights for The Odd Couple (Female Version), staged at the Jericho Arts Centre. This was the first time I’d been to this venue, so I figure I’d kill two birds with one stone: Check out the space, and see the new rendition of a theatrical classic. 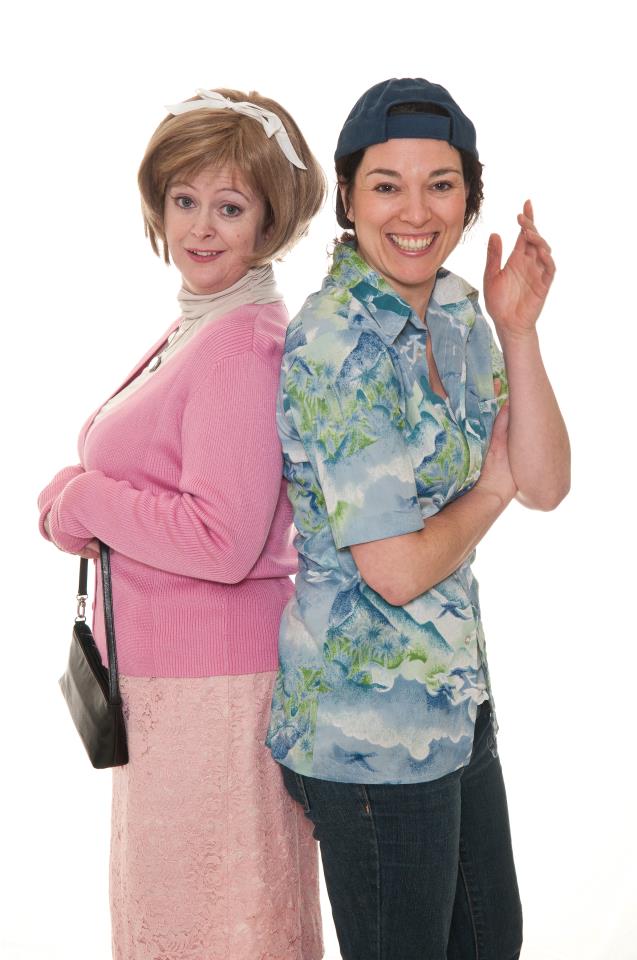 “There are two types of people I can’t stand in this world: Those who quit smoking, and those who just split up.” – The Odd Couple (Female Version)

March 6th was the first of two preview nights for The Odd Couple (Female Version), staged at the Jericho Arts Centre. This was the first time I’d been to this venue, so I figure I’d kill two birds with one stone: Check out the space, and see the new rendition of a theatrical classic.

From the Broadway stage, to the big screen and later made into a TV series, The Odd Couple is a comedy staple. A tale by Neil Simon, it’s one of those gems that’s been interpreted and retold by some of the best: Jack Lemmon, Walter Matthau, and of course funny fellas Tony Randall and Jack Klugman.

These are some pretty big shoes to fill right? You’d think. But our lady-fied version isn’t too far behind.

Set in 1985, The Odd Couple (Female Version) (written by Neil Simon) follows the same formula at the original minus the male slob-OCD duo. In this tale, our female leads—Florence Unger and Olive Madison—take us on a ride towards self-discovery and the meaning of friendship as our divorcées bunk up after Ms. Unger is dumped by her husband of fourteen years. Sound a bit depressing? It’s not.

Florence, played by co-producer and actress Lori Watt, is a real neurotic. I mildly dislike the character which speaks volumes to her perfect execution of the housewife/control freak you love to hate. Olive is equally wonderful. Lisa Beth Dery (also a co-producer) performs the easy-going, soon-to-be driven up the wall lead with great ease. Fill in the blanks with a strong supporting cast, including Veenu Sandhu (Renee), Emmelia Gordon (Mickey), Melissa Oei (Sylvia), and Joni Hayden-Summerton (Vera), and you’re working with a solid foundation.

In the second half of the production we’re introduced to the Costanzuela brothers, Jesus (Jose Os) and Manolo (Rafael Pellerin). Think Lost in Translation meets Squiggy and Lenny of Laverne and Shirley. They are by far, my favourites!

Given that it’s a preview show, though, it’s a little hard to judge it on performance and technical merit or even on the set design—which the crowd was told is still in the making. While there were a few hiccups (the first ten minutes were a bit flat, the buzzing noise of the venue’s fan was more than distracting, missing props and a few long-winded scene with Florence and the boys—not to mention the lack of booze at the bar (unrelated but a definite must!))—the polished version of The Odd Couple aux femmes is sure to deliver!

Hair and makeup by Jenny V

5am - Shout! Clap! Slam! - Poetry & More
6am - Full Spectrum House - The Future of Disco
7am - Jumbalaya - New Music
8am - The Jazz Spectrum - Independent Jazz
9am - New Dimensions - Unconventional Wisdom for...