To the orchestra, I give you my kudos. The accompaniment was stellar, the bass beautiful and not a note missed. The singing varied (did I mention this is a musical?). At times, a mic or two would have been nice, just to amplify the sound or put less strain on our performers’ voices. 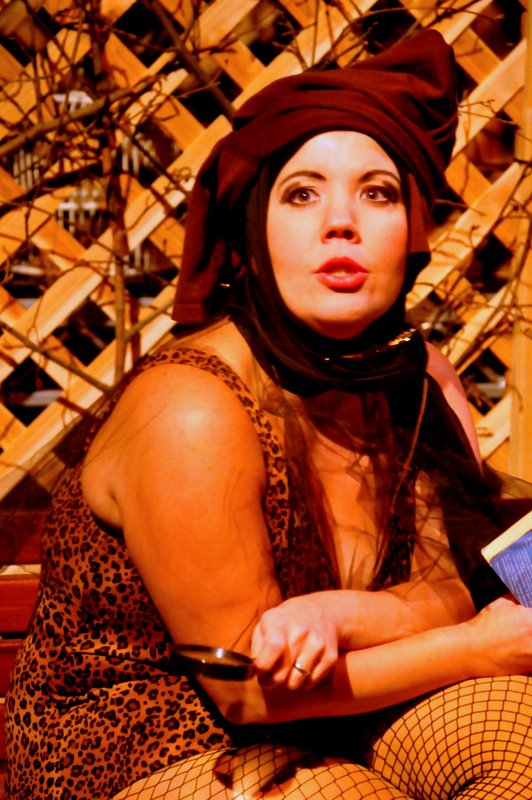 Grey Gardens is a pillar of society, utter chaos, a documentary film, Broadway play, and most recently, a feature.

Never heard of it? Well, it’s a pretty sad tale if you ask me. Grey Gardens is a 1975 documentary film by Albert and David Maysles on the life of Edith Bouvier Beale and her 50 plus daughter, Edie. Does Bouvier ring a bell? She is the aunt and cousin to the legendary and classy Jackie Kennedy Onassis. The Beale ladies...legendary but definitely not the most refined bunch.

The film looks into the daily of the two—once socialite staples, and later, reclusive hoarders living in the dilapidated mansion, Grey Gardens, in the affluent ‘hood of East Hampton. In a way, their eccentricity invites you in, but their co-dependence and utter fear of life are heart-wrenching.

In 2009, the documentary was made into a feature by the same name starring Drew Barrymore and Jessica Lange (in my opinion, it is one of Barrymore’s strongest performances to date) and three years prior, turned into a play.

So when I heard my friend had an extra ticket to the see Fighting Chance Productions’ (FCP) at the Jericho Arts Centre, I was intrigued (I’ve seen both films and it was the Canadian premiere of the play.)

TJ and I took our seats in the front row and the director, Ryan Mooney, gave us a quick intro. The play is performed in two acts; act one depicts the life of luxury, act two, not so much.

So did Grey Gardens the bio-pic translate onto the stage? Yes and no. I won’t critique the décor or stage design too much, as money is money and it is apparent that this company invested more in talent than it did aesthetics.

That said, the well-to-do scenes lacked true affluence and the costumes were a little hit and miss (tailoring could have been tighter). But again, this isn’t the point I’m trying to make. The sight lines though were a bit troublesome. At times I couldn’t see the left side of the stage at all or was blocked by a fellow patron’s head or the garden trellises.

To the orchestra, I give you my kudos. The accompaniment was stellar, the bass beautiful and not a note missed. The singing varied (did I mention this is a musical?). At times, a mic or two would have been nice, just to amplify the sound or put less strain on our performers’ voices.

That said, the cast was strong, minus the occasional drop of accent or voice projection. But when it came to artistic mimicry, Cathy Wilmot fabulously captured the essence of Little Edie.

She was hauntingly blissful and yet absent; entertaining and yet deeply sad. It was in act two that the play became more than art and was a retelling of a torturous tale of mother and daughter. I felt uncomfortable, by the meld of both humour and truth on two rather disturbed characters, who of all things, existed.

I was also uncomfortable having to sit for so long. The play, if anything, could have been cut down by a good half hour. The first half was slightly over stretched, with a few too many song and dance numbers in the second.

Despite a long running time, and some technical hiccups (a need for better lighting transitions and less beams of light on the audience), Grey Gardens was a well played play about an underplayed reality. A check-it-out performance!

Grey Gardens runs at the Jericho Art Centre until May 19th. For tickets and more info on the cast and crew, go to www.jerichoartscentre.com. To donate to FCP’s next season, visit www.fightingchanceproductions.ca. Oh, and here’s the Grey Gardens 1975 film trailer.

Radio Goethe
What you will hear:
Music from Germany, Austria & Switzerland

A diverse non-commercial music mix from Germany, Austria and Switzerland, including independent and unreleased music in all genres. Including old Kraftwerk and Faust to more modern electronic music from the current Hamburg and Berlin scene, to medieval music, rock, Industrial, EBM, pop music...