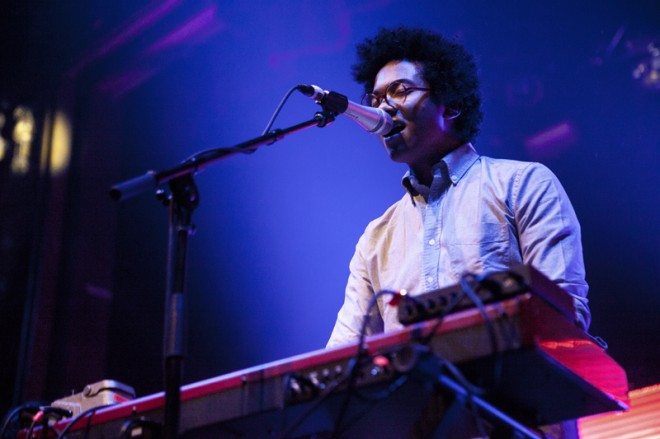 Disney’s High School Musical delivers the Disney magic its title implicitly promises; the songs are catchy, the dance steps infectious, and the feel-good plot engages even the more mature members of the audience.  With regard to the story, songs, style of costumes, and even choreography, URP’s musical show remains faithful to the 2006 TV movie on which this production is based.  Those kids, tweens and parents who make up the bulk of Family Channel’s regular viewing audience can see the familiar characters, and follow the accustomed plot, while experiencing the spontaneous energy of live theatre.  The music was a little loud, which sometimes made it hard to follow the dialogue and lyrics.  But this did not really matter, as one can easily follow this Grease plot for a new generation: boy and girl fall in love, in spite of each coming from oppositional cliques at their school, and they inspire the rest of the school to break down the barriers that had existed between the groups so they can all work together to realize a common goal.

The Uncle Ray production of Disney’s High School Musical is mostly casted by either high school or post-secondary students.  These actors may be young, but they are not short on talent.  Their singing, dancing, and acting are charged with the enthusiastic spirit which is essential to a show about high school dilemmas and aspirations.  The performers are especially skilled at engaging children and tweens in the audience.  The premier audience was nowhere near as unsettled as one might have expected from so young a crowd.  Only one, quite young, attendee made any kind of disturbance when an innocent sigh escaped from her lips.  This child might not have understood all the words spoken, but the intense mood was well transmitted.

URP has been producing large-scale Broadway musicals for over a decade, and hosts training camps to develop the abilities of young aspiring performers.  The people at the Centennial Theatre attended well to their young audience, going so far as to provide all the smaller patrons with cushions so they could enjoy the show in more comfort.