Often we overlook how fate and destiny can have more leverage over events that have already been manipulated.

A poor single women burdened with seven hungry mouths has no choice, but to give up one of her newborn twins to a wealthy family. What are the chances that two non-identical twins separated at birth would later re-connect with each other and become not just playmates, but blood brothers. Heightening the tension there is a foreboding that if they find out they are brothers, both will die. 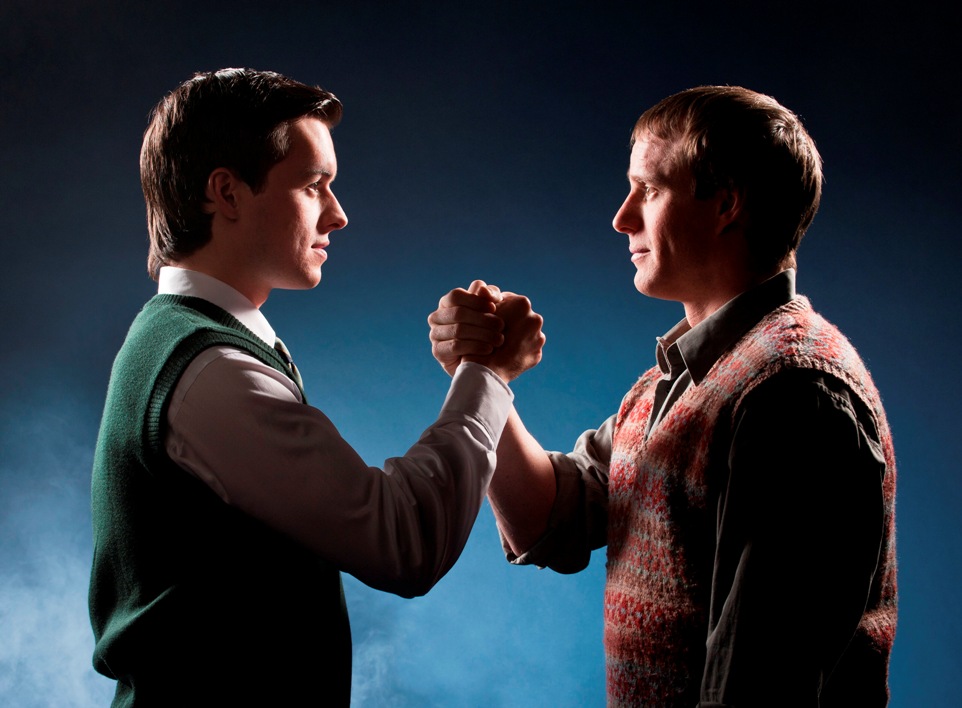 Willy Russell’s Blood Brothers is a well crafted script examining the circumstances that separates the polar opposite classes of rich and poor in 21 century England.

Watching Blood Brother's I admired how theatre is able to delve further and examine issues closer than film. The live stage effectively accentuates even the subtle differences. Police harass the poor, while overlooking and giving favoritism to those with wealth. The poor are enriched with folklore and superstitions; while those of privilege tend to be more pragmatic.

It wouldn’t be unfair to highlight one’s actor’s performance because all the main characters and the supporting ensemble gave an impeccable performance. Terra C. Macleod, who played the mother forced to give up her infant child, portrayed emotions that seemed very real and genuine. Also, Meghan Cardiner’s paranoia and manipulative nature was quite believable as she played the adoptive mother. Moreover, the production would have a totally different flavor without John Mann’s narration and singing. I was impressed by how directors, Bob Frazer and Sara-Jeanne Hosie, were able to guide such a large cast, while also maintaining authentic elements such as dance and music from Willy Russel’s original script.