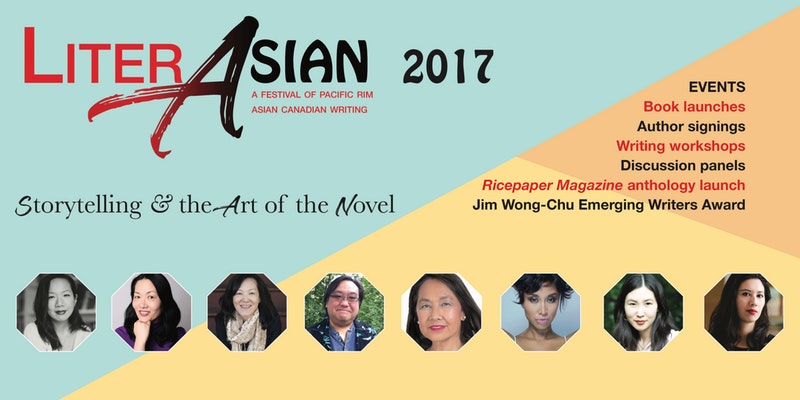 From September 21 to 24, LiterASIAN 2017 highlights Asian-Canadian literature, history and culture. Centred around the theme of "Storytelling and the Art of the Novel," this year's festival will feature award-winning authors Leslie Shimotakahara, Terry Watada, Eleanor Guerrero-Campbell, Leanne Dunic, Julia Lin, Jen Sookfong Lee, and Catherine Hernandez, who will all hold book launches on September 21 and 23 at the Vancouver Public Library Central Branch (350 West Georgia Street.)

The reception will feature the winner of the Jim-Wong Chu Emerging Writers Award, and is also the launch event for Currents: A Ricepaper Anthology, a wide-ranging collection of Asian literature to celebrate the best writing acquired by Ricepaper during its first year as a strictly digital publication.

For more info on the LiterASIAN festival and to buy passes to the reception, workshops and panel discussion, visit literasian.com!

Il Sole Italiano
What you will hear:
Italian Language Program

Featuring the best songs of Italy. Promoting the different cultural and folkore traditions of all the provinces of Italy. Inform and elaborate with young generations about the impact on families during the Immigrations Years. Local events and promotions. For birthdays,anniversary and special occasions or any request contact Arturo at 778-782-2573 (Sunday 1pm to 4pm only) or email arturorepole@shaw.ca. Young students of Italian origin are encouraged to get involved with the Program. Every Sunday from 14:00 to 16:00 (90.1 fm )www.cjsf.ca