The first Youth Lagoon album, Year of Hibernation, lived up to the potential of great pop music to affect people by wrapping the listener up in nostalgia and hopeful optimism.  Seeing Youth Lagoon’s Trevor Powers playing these songs live is less important than the collective experience that is shared with everyone in the audience.  That comes when you feel everyone around you moving to the same slow rhythm of the echoing bass drum as Powers builds layers of reverb to a climactic chorus that fades to a piano loop.  If that sounds formulaic, that is because it is; the songs on Year of Hibernation were simple and repetitive but they were perfect. 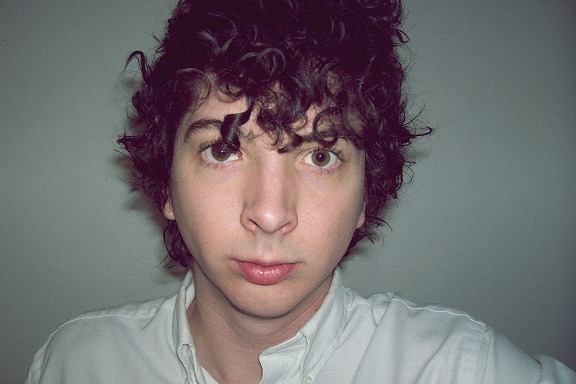 The songs from his new album, Wondrous Bughouse, found a sound that carried the echo and reverb through from his previous album but lost some of that easily accessible heart that could be plugged into at will.  The new songs were great but witnessing an audience reacting to both the new and the old songs, it was clear which had the greater emotional impact.  His new music is more complex and depending on whom you ask, more interesting, but this sound is not new.  It is the sound that is recognised in Animal Collective, Yeasayer, and MGMT on Congratulations.  Seeing Youth Lagoon live, it is hard to hear what felt so unique and new in his music when I first listened to Year of Hibernation.

In the end, Youth Lagoon at Venue was well worth seeing, but the concert left a sense of regret at having missed him when he had just released the album his first album of pop songs recorded by himself in his bedroom.  Now Youth Lagoon is a fully fledged indie rock band and that brings new possibilities for the sound to expand far beyond the limits imposed on Powers by his isolation but it was those limits that made the first Youth Lagoon album intimate and perfect.  As impressive as it was to see Youth lagoon songs played with the support of a full band that was able to add to the sound of Powers’ music, it took away the intimacy that had been the reason so many fans had connected with that music.