On December 12th, I went to 333 and saw a few local bands. I had three major reasons for attending said show: first, I didn't know pop punk dudes Hermetic were still playing; second, it was one of my favourite Vancouver mainstays, Crystal Swells, last show; and third, it was to be my first time seeing a band called Malk. 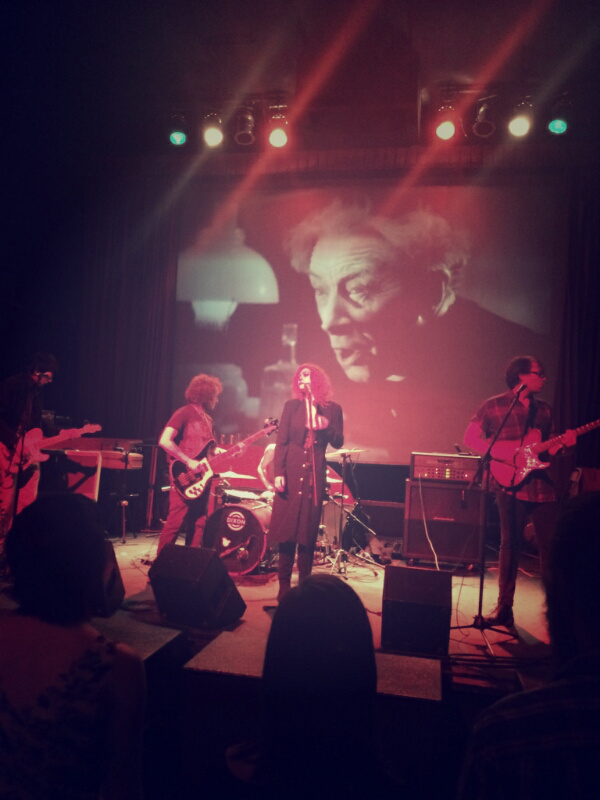 As exciting, invigorating, and fun as the other bands were on the list (the line up was stacked as far as I'm concerned), I'm only going to review Malk's performance as it was their cassette release show. As soon as they were loading their stuff on to the stage there was an easily detected sense a nervous excitement. I was right up front in the small, smoky space, and even if I had wanted to stand in the back with the (un)cool kids, the performers seemed so inviting and stoked I had to be close to them.

Malk made the room comfortable and I have big bets on them growing a steady audience pretty quickly. No matter how unique or polished their music, a good live band usually has appreciation for their audience. Even the most pompous bands (the kind that fortunately was absent that night) that want you to believe they don't care about anything are only good if they, in some way, are thankful to have your face to chirp in. When spending lots of time at local shows you can quickly differentiate between bands that are truly grateful for their audiences, and those who are playing to for themselves. Malk is the former. They performed as a sweaty bundle of joy, happy to have you in their presence.

Malk is made up of five people. I appreciated how the contributions of each member was vital to their sound. The group made good use of the four-on-the-floor beats that keep a room dancing, and they made even better use of the three singers through a lot of harmonies. In fact, after the show my friends and I decided the harmonies were the perfect finishing detail of Malk’s performance. Even those who associate with the polar ends of the spectrum in terms of heaviness (Malk floats somewhere in the middle) couldn’t argue that the vocals weren’t spot on.

I look forward to another Malk show. I have listened to their new tape, Prehistoric, many times now and I can guaranteed that their live performance is an indistinguishable copy of the energy and excitement on record. Hands down my favourite track is Switch. Check it out below;

Scream Therapy
What you will hear:
Punk rock & mental health.

Scream Therapy is a podcast that explores the link between punk rock and mental health hosted by Jason Schreurs. His guests are members of the underground music scene who are living with mental health challenges, like he is.