My new favourite genre, without a doubt, has got to be proto-punk. It enlists a vision of early man expressing himself through double-time 4/4 beats and incoherent yelling. But in actuality, proto-punk refers to the punk music that existed before punk music really existed. Billed as ‘before Bad Brains, the Sex Pistols, or even the Ramones’ the band called Death has one of the most fascinating stories in rock and roll, and earns the illustrious title of proto-punk to the fullest degree. On November 1st, Death visited the Rickshaw Theatre to revise the music history books. 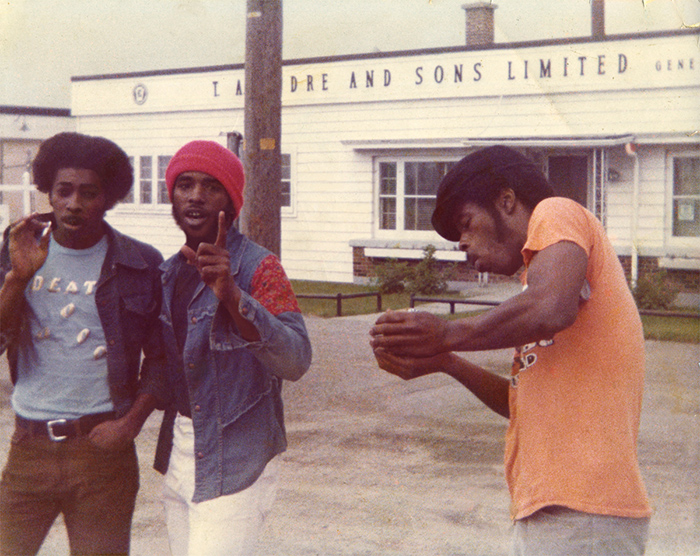 If you’re unfamiliar with the story, it’s quite simple: three Michigan brothers start playing punk rock, before punk rock was widespread. After recording half of a record, their funding was pulled because of their refusal to change their name from Death. Eventually, they ceased to exist as Death, with the demos collecting dust in an attic. Years later, the sons of the brothers discover the tapes and start covering the songs. Eventually, Drag City records releases the demos as the album …For The Whole World To See, reaching critical acclaim and sparking a reunion tour that nobody asked for, but everyone wanted.

That was 2009. Four years later their gratitude and energy is still beaming.

Playing with Hag Face and local bubble-gum rockers Tough Age, the evening was a thorough contrast of old and new. While well received, the openers couldn’t match the buzz that was circulating about Death. When Bobby and Dannis Hackney, alongside Bobbie Duncan (to replace third brother David Hackney, who passed in 2000), sauntered on stage, the roar was triumphant and didn’t dissipate until the last chord of the evening.

As for the actual show, it was clear that these were adult men, fathers, who had since abandoned a punk-rock aesthetic. The performance itself was a disconnected from the weight of the material. The intricate lighting setup, the coordinated black Sgt. Pepper’s uniforms, with coordinated black leather underneath, all pointed to the revelation of a youthful dream. But at no point was the crowd to hold that against them. Instead, we were witnesses to the most adorable punk show in recent memory.

Death punctured the crowd early and often with unknown classics like ‘Keep on Knocking” and their first single “Politicians in My Eyes”, and powered through the anthemic “Where Do We Go From Here?” with uncontained glee. It was with the newer music that the crowd felt slightly underwhelmed. Foiled by age disparity, the urgency and novelty of Death’s story failed to translate to the newer material, as tracks like “Playtime” fell upon deaf, unaffected ears, and started to signal the end of the evening. Fortunately, the forgiving audience continued to buy in, refusing to quash someone else’s live-in fantasy.

Although there were a couple of lower points, the highs were far greater. Death clearly are aware that intrigue for their narrative could dwindle at any minute. As a result, they don’t take a moment of their success for granted.