Werner Herzog is not your typical filmmaker. 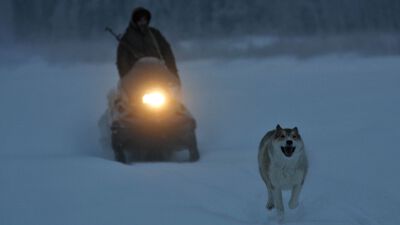 He has jumped into cacti, frolicked with grizzlies, gone spelunking in ancient caves, and in his latest movie, travels to northern Siberia to spend a year living with the village hunters of Bakhtan – a town only accessible by helicopter (and boats three months a year). The documentary is typical Herozg; long uncut shots of nature, featuring the director’s often subtly humorous narration, characters in interesting situations, - these characters often being frequently isolated and having very intimate relationships. The film itself is a thing of beauty and is rooted is Herzog’s deep interest in mankind’s humanity. While the lack of subtitles in favour of simultaneous translation may seem odd at first, it works in the film’s favour as the audience does not have to spend time reading the screen and taking away time from the magnificent screen shots. This film is a must-see for any nature enthusiast, Herzog aficionado and lover of art. A- No journalists were shot during the writing of this review