This contemporary ballet performance has caused a lot of controversy. At least in my head.

Let's start with the dance company. La La La Human Steps was founded in 1980 in Montreal, and was later relocated to New York City, the epicenter of contemporary dance at the time. Now the company is certainly recognized for its unique choreographic language. How should I describe it? Aggressive, rushed, very technical and precise, and emotionally raw. 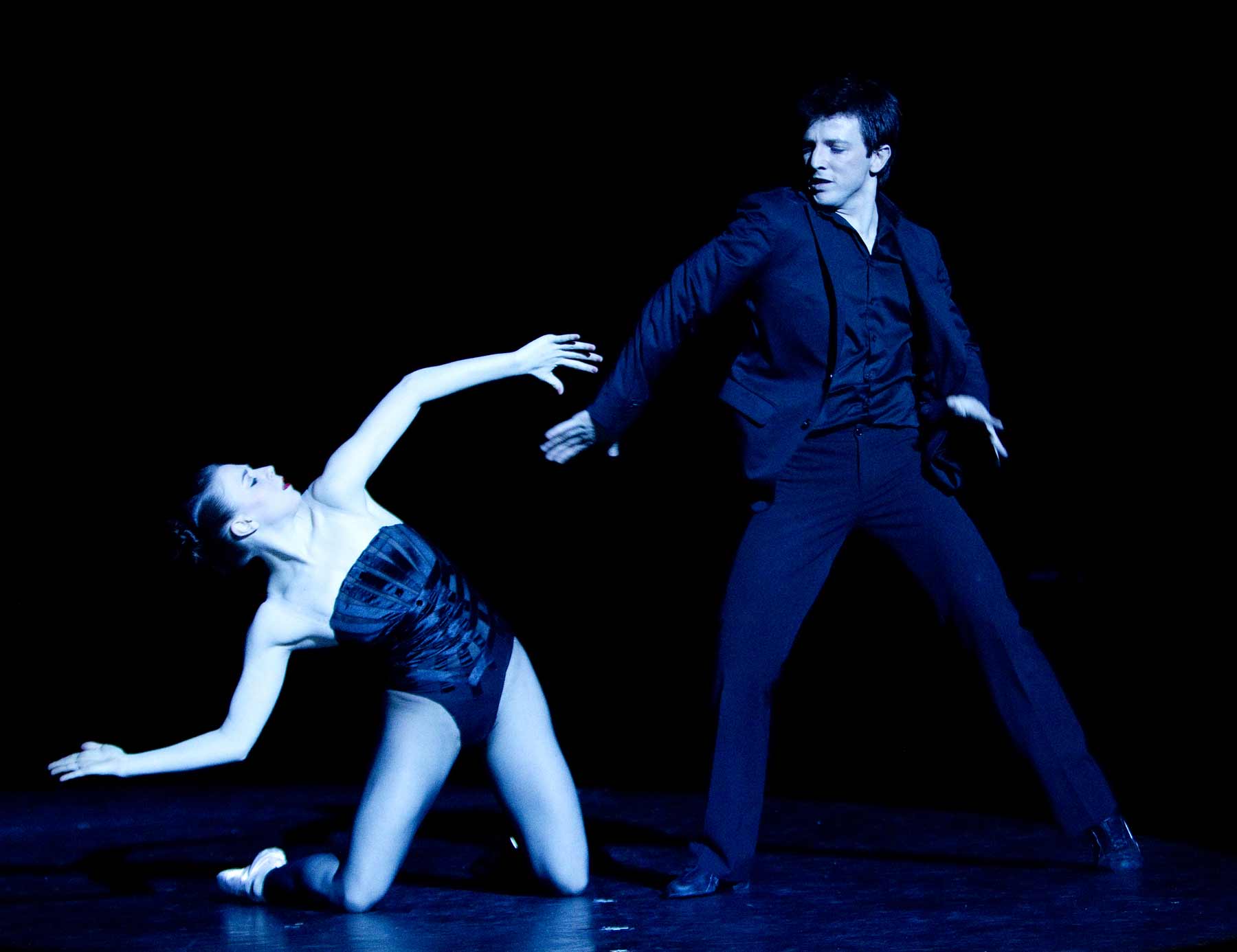 Now, lets move on to the story itself. New Work is a dance elaboration of two famous operas: Dido and Aeneas by Purcell, and Orpheus and Eurydice by Gluck. For those of you who are not strong in Greek Mythology, here is a description of each of the operas. In order to check the loyalty of her newly found love, Greek hero Aeneas, Dido, the Queen of Carthage, disguises her servant as Mercury, the messenger of gods, to temp Aeneas to abandon her and sail off to build a new Troy on the Latin soil. Aeneas buys into the story and prepares for the sea voyage, which makes Dido miserable and disappointed, and in the end, alone. On the other hand, Orpheus and Eurydice are happy lovers until the tragic day when the nymph Eurydice gets bitten by a snake and has to descend to the Greek Underworld. Heartbroken, Orpheus follows his love to the Underworld with the intension to persuade Pluto to let Eurydice back to Earth. He succeeds with the power of his music genius, but with a condition: he may never look back to check whether Eurydice follows her lover to their common freedom. Of course, Orpheus looks back just before ascending back to Earth, loosing his love forever.

In terms of dance interpretation of the two operas, New Work does a lousy job. Even for those of us who know the stories, it is hard to make any logical connections between the choreography and the two original plots. This abstract connection, however, is not the biggest problem with the performance.

What started out as an interesting vision, a sort of "different" interpretation, with unique choreographic language and vibrant accents of highly complex technical performance, soon turned into a repetitive and somewhat boring show, a show that nonetheless made you feel anxious and depressed due to its gloomy music and surreal film screenings. At first rapid, sharp, and precise movements looked interesting in the interplay of lights and shadow. Later, however, what seemed as unique choreographic elements became annoyingly monotonous and everlastingly flat. The live music performance did an impeccable job, adding on to the good first impression, yet later, when the music changed to some low frequency whiny electronic music, the mood quickly dropped.

Finally, let me share with you some of the feelings and emotions I felt during the show. At first I tried to keep and open mind and expand the limits of my understanding of what constitutes a beautiful dance performance. I tried to dismiss the aggressive style of performance as a sort of differentiating element of this dance company. Nonetheless, little by little, the violent movements, depressing music, and dark imagery made me feel plain anxious and uncomfortable. I felt like I needed to escape, and this is exactly what I did, not waiting another 20 minutes until the end of the show...